The Evolution of Corporate Clothing

Smart office wear with a statement! 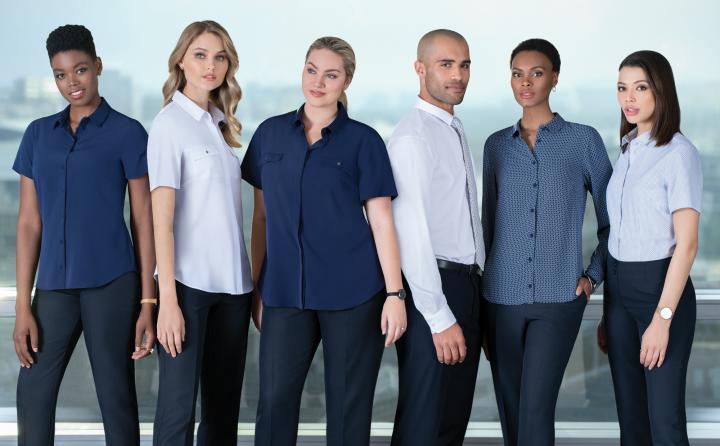 Corporate clothing is an effective and practical asset in the workplace, with roots that date back to the 17th Century when servants at European courts were required to wear livery provided by their employers on special occasions and during other working periods. This livery took the form of particular clothing in specific colours with emblems that signified each worker's rank and work function.

Although simple in its initial design, court liveries later developed to incorporate the employer’s coat of arms. As this trend developed, livery became more elaborate and distinguished, according to the employer’s social and financial standing.

An Example of Historic Corporate Clothing

Frederick the Great was King of Prussia and an influential military leader. He decreed that postal servants should wear a uniform consisting of blue coats with orange cuffs and collars. This resulted in the uniform differentiating the postal attendants from the postal secretary and set the servants apart from the general public.

How History Changed the Functionality of Corporate Clothing

By the 19th Century, liveries had given way to knee-length coats worn by gentlemen and tailcoats worn by male servants. Court uniform was required to be worn by those attending the royal court or those holding government office. Court dress was worn by those not entitled to wear a court uniform and was a more fashionable form of clothing.

By the 20th Century, wars and the Great Depression had resulted in the elaborate uniforms of previous eras being replaced by far more muted and practical work clothing until the 1950s when more women started entering the corporate workplace. Corporate wear then continued to retain its formality up until recently when the desire for further functionality and comfort left its mark on office wear dress codes. However, the 1900s will always be remembered as an era of smart corporate wear for men and ladies, and where formal business attire attracted respect.

Corporate uniforms have evolved due to global socio-economic conditions, attitudes, and regulations. As a result, many corporate uniforms, especially for industrial sectors, need to incorporate PPE according to local health and safety standards, as there is a greater awareness of employees’ wellbeing. Modern fabric technologies also include various attributes such as UV protection, water repellent characteristics, and breathability. Besides its desire for functionality, corporate uniforms unite employees and have become powerful branding tools for companies when aligned with their marketing and advertising efforts.

Imagemakers have been designing and manufacturing coordinated corporate wear in South Africa since 1982. Their clients can choose from a wide range of mix and match styles that allow their employees to retain their individuality while still conforming to the company brand and team spirit.

Imagemakers’ style has a three-year period which guarantees its clients of consistency when it comes to colours and fabric. In addition, they have over 40 years of experience in assisting clients with planning and implementing ladies’ office wear and mens’ office wear.

A call to their team will have one of the professional Account Managers guiding you through the process to help you tailor a corporate clothing programme tailored to your business.

Call us on 086 136 6011 or email us for further details, alternatively you can order our free catalogue.